Are you living the good life yet?

When figures like this are released, there are always two reactions. The property owners cheer and those who haven’t been able to break into the market mourn. According to the recent Housing, Income and Labour Dynamics in Australia survey, only half of Australian adults own their own home. And how many of those that do own their own home are living well? Or are most of us stressed-out, enduring long commutes, to work long hours, to pay off our excessively high mortgages and endless array of ‘stuff’?

Our government’s plan to address housing affordability seems to be – ramp up supply and new infrastructure. Build more houses so that supply equals demand. The north-west region nearby is where many of these homes will be built. So what we end up with is acres of large homes on small blocks with limited natural amenity. We put up with living in high density, manufactured housing estates with thousands of like-minded others. An endless horizon of rooftops.

In spite of their efforts (and a slow-down in population growth), we are failing to keep up with housing demand in Sydney. According to CoreLogic, New South Wales is one of two states where under-building is still occurring. The ratio of population growth to dwelling completions in NSW is highest among all states, at 2.4.

What is interesting is that the median house price in the Hawkesbury Local Government Area (LGA) over the past 12 months was just over $600k. Quite a lot lower than the Sydney average. We aren’t really building that many new homes either. According to the NSW Department of Planning and the Environment, only 168 new homes were completed in Hawkesbury LGA over the past 12 months, compared to 1,355 in neighbouring Penrith LGA.

Is this the state’s best kept secret?!? With its network of small towns nestled among beautiful rivers, valleys and gentle sloping hills, the Hawkesbury has so much to offer those wanting to live the good life. Hawkesbury living can provide far greater access to stunning natural environments; crisp, clean air; waking to the sound of birdsongs – than living in a tightly-packed housing estate ever could.

If there is anything holding us back, it is the availability of local employment opportunities. Supporting local business and building tourism will be critical to the improvement of our region in the coming years. Living and working locally reduces the impact on the global environment, freeing up resources and making the world a better place for everyone. And let’s face it, until we are living generously, caring for others and caring for our world, we truly aren’t living the good life. 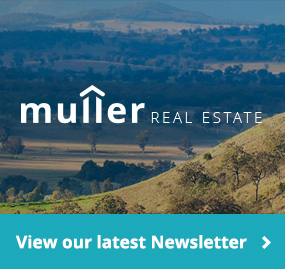